What I learnt from walking up Moel fammau.

We finally took the plunge and decided to walk up Moel fammau. The weather looked dry, meaning it hopefully shouldn’t rain and it wouldn’t be too hot.

After parking up, putting our jackets on and deciding on our route we started the “Mile walk”. Once we had been walking for about ten minutes we stopped to take a few photos, like the one below. 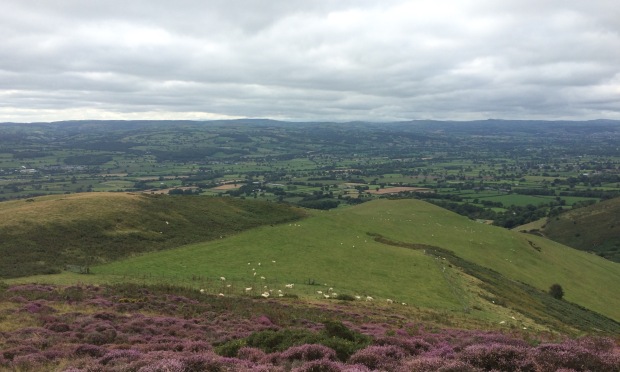 The route continued to change direction quite a few times so after half an hour of walking we saw the path go right and automatically assumed we were near the top… We could not have been more wrong. At this point we had only reached the bottom of what I would describe as a hill!

This point seemed to be about only half way, meaning, in principle we had to get to the top.

We powered on through and after one rest, cursing and a mini run when we were a few feet from the top we finally made it! 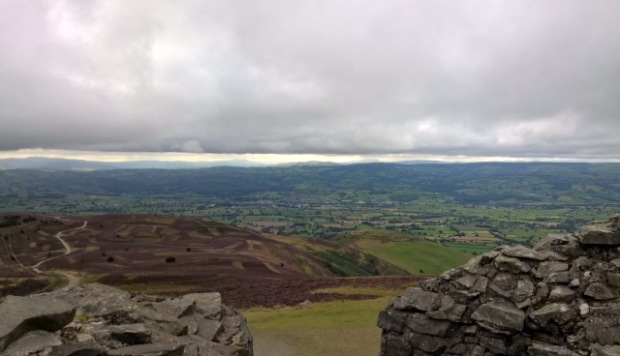 The next challenge was the walk down.
After thinking our route up was rather steep we though it would be a good idea to use a different one on the way down. This was picked because 1) it was going in the right direction to the car and 2)because other people were using it. What could go wrong? In our case everything! This route was way steeper than the one on the way up and to make it worse it was covered in small stones which made you slide, some may say it was our inappropriate footware, others would say it was just bad look. Yet again, we found ourself at the bottom of another hill but this time with two paths going in different directions. we selected the path that went right as it was the direction where the car was.

It hit a point where we had been walking for a while and had seen no other people, it felt like a scene from the walking dead before a heard of walkers would attack. We continued walking In the same direction and eventually bumped into and man and his dog so this reassured us that there was a way out somewhere.

Gladly we were right! Half an hour later, with a few drops of rain we finally made it back to the car and decided to never go back!

A bit about my blog

Welcome to my blog. I created this blog to share my love for traveling, trips, food and anything else I find interesting along the way.